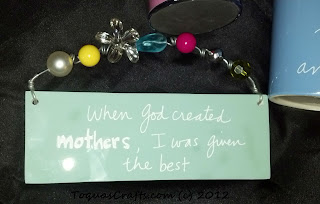 I hope all the mothers out there had a WONDERFUL weekend!  I did.  My hubby and I went to go visit the kids and the grandkids.  We drove 1000 miles (one way) for a weekend visit.  A long drive (15 hrs each way), but it was SO WORTH IT!!


One of the biggest things I did was that my grandsons and I planted flowers and vegetables. 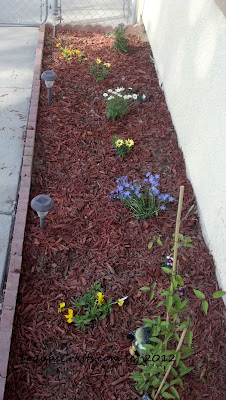 My daughter already had the clematis planted... the boys and I planted the rest

The vegetables were a little more fun.

I didn't really have a plan when I started.  I just went with the flow.  This however is a chart of how the garden ended up: 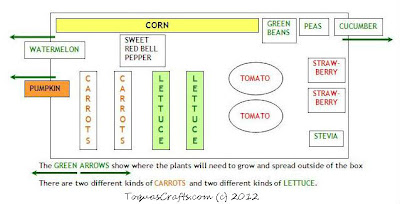 We purchased plants for the Sweet Red Bell Pepper, Tomatoes, Strawberries, and Stevia.  My daughter (VS) and D (the oldest boy) had planted a cucumber seed earlier, so we had a plant for that.  VS had a bean plant that was one of those in a can where they were to have lazer-cut on the leaf "I love you" or some such thing.

I purchased a bag of Miracle Grow Garden Soil, dumped it out into the sand box and started mixing it with some of the sand.  After D and I had all the plants and the seeds planted I found a plank off the fence that had come off.  I used that as an edge to the garden to keep it separated.

Every time I opened a new seed packet D would say to me, "Grandma, I wonder what those seeds look like."  He was SO INTERESTED in the whole process. 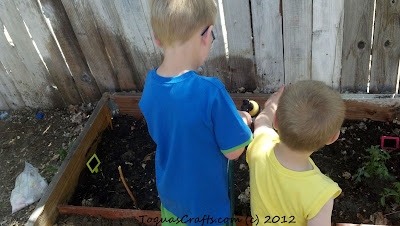 Both D and J were VERY HELPFUL when it came to watering time! 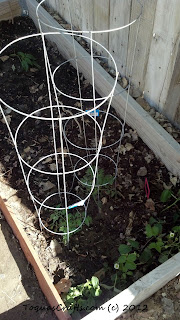 Of course we had to mark all of those rows 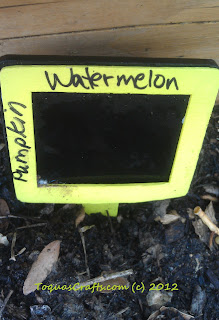 I had purchased these two chalkboard markers before we left. Note... I only purchased two ($1 ea) as I wondered how they would work... Chalk, boys, chalk, water, chalk, plants... did I mention CHALK?? How would the words ever stay on???  As you see... I ended up writing on the edges because they did NOT work well!  Ha!! 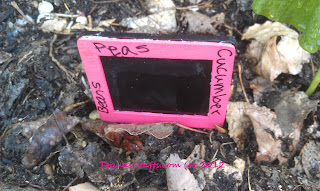 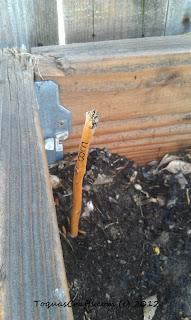 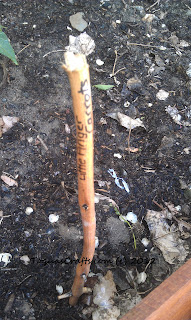 THANK YOU to my son, VC for the Natural Row Marker photos.  I truly thought I'd taken them before we left... but... I didn't get it done so he helped me out! 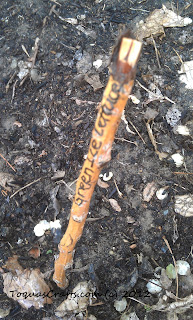 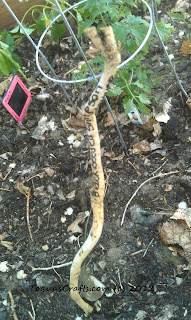 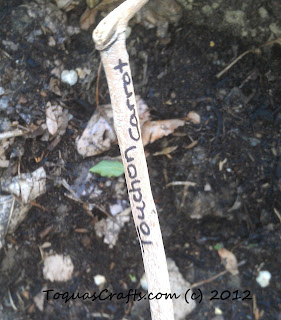 The beans needed string to run up on... so I put up string on the fence behind the box. 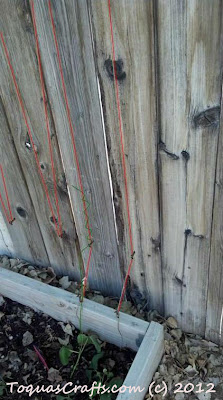 There was no way you could have seen the string... so I enhanced the photo by adding red lines for the strings.  I also enhanced where the screws are in the photo with black lines... and that one green bean that VS already had quite a runner on it, so I enhanced that as well so hopefully you can see it too.  (Maybe if you click on the photo it will be easier to actually see.)

Have you ever had Stevia?  It is the plant used to create the "new" sweetener.  It is fun, somewhat like mint, if you put the leaves in your mouth and chew on it a bit it is actually quite sweet!  The boys had fun picking and handing out leaves to everyone to taste.  The poor plant was nearly leafless by the time we left!  LOL.

The strawberry plants came with green strawberries on them, and flowers.  We had to check every 30 minutes or so to see if they had turned red yet so they could eat them. 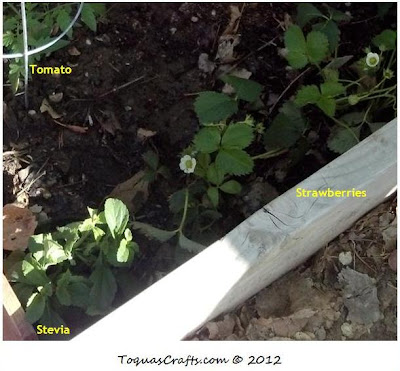 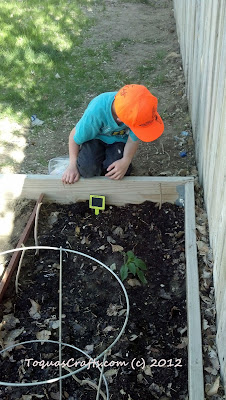 D, "Grandma! Grandma!  I'm pretty sure I see a watermelon starting to grow!!"