I made these two Spider Web Afghans for my two grandsons for Christmas. 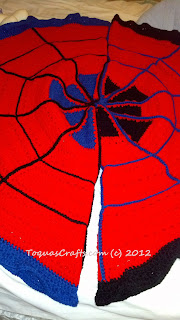 I found this pattern at www.RedHeart.com and I fell in love with it.  I asked my daughter if one or both of the boys would like to have one for Christmas. She said that they both would enjoy it, if I could make them different.  The original pattern showed it with blue center and outside border and black web lines.  It took me a few days to come up with an idea as to how to create the second one a different.  I decided to trade the blue and the black; the second one has black center and outside border with blue web lines.  Not only does this make them different, it also helps to use up the extra yarn. 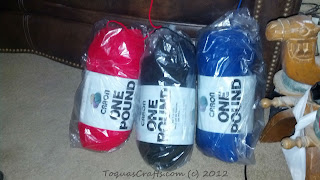 I purchased Caron yarn.  It was cheaper than several skeins of Red Heart, or another brand. 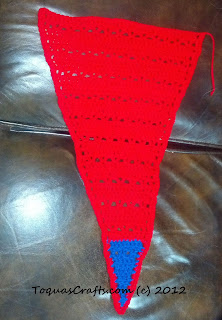 This is the very first triangle (of 20 for both afghans)

Here are the first six triangles laid out next to each other. 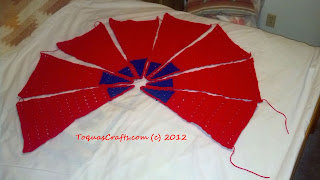 And the first eight triangles 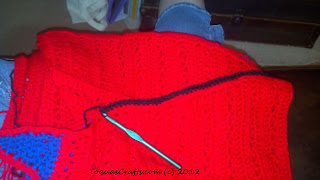 I have started to put the triangles together 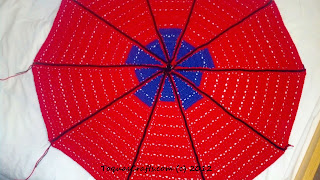 The triangles are all put together 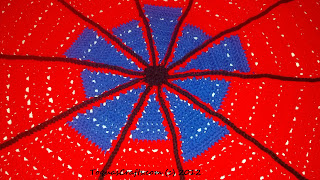 I have completed the center "dot" 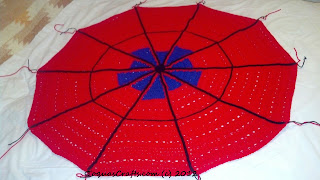 The first "row" around the web 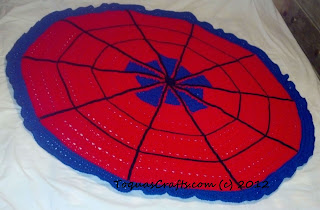 The second row around the web and the outside edge is completed on afghan one.

I repeated all these steps with the second afghan, only as stated above I switched the blue and black areas to make it easier to distinguish between the two for the two boys. 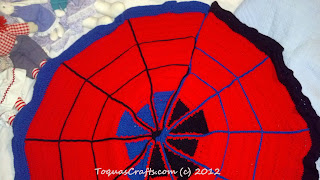 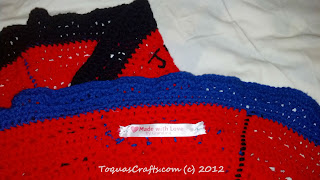 I also put my, "Made with Love by Grandma" tags on...
right behind where I put their names. 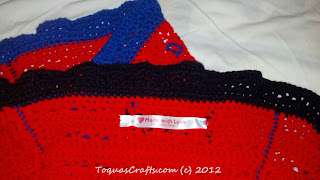 I asked my daughter to take pictures of the boys as they were opening their packages.  When they received the box a few days before Christmas they were unable to contain themselves anymore.  I gave in (what Grandma wouldn't?) and told my daughter that it was OK they opened their packages a few days early.  When I boxed them up, I made sure their names were face up, so that when they opened the boxes the first thing they would see was their names.
What kid doesn't like to see their own name on something?

Here's the oldest grandson.
Look at that smile!
This makes this grandma REALLY HAPPY! 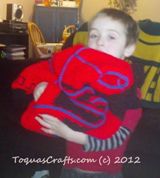 The youngest grandson grabbed his and said, "It's mine!!!!"
Hugged it. 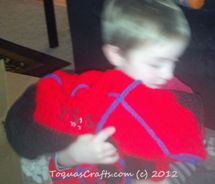 Walked away with it! 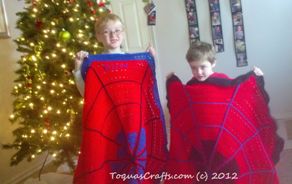 I think this grandma made successful gifts for Christmas this year!

Thank you for being patient with me while I adjust to working again.

I truly do hope that your Christmas was fill full of love, joy, and blessings... no matter what day you celebrated it on.

Linked Up With:
My Repurposed Life
i should be mopping the floor
Inspire Me Monday
I Gotta Try That
Keeping It Simple Motivate Me Monday
Made by you Monday