I have a friend that graduated college this evening.  I made her some chocolate caps for her gift.  She is married, works full time, and raises 4 boys.  (That alone is enough huh?)  But she graduated college with her AA tonight!  How awesome is that? 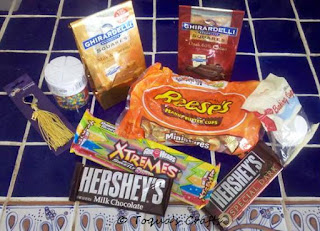 This is what I started with 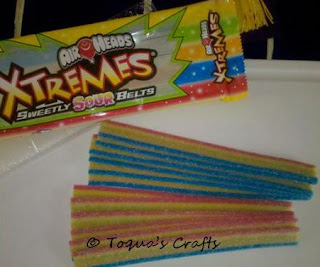 I opened the Xtremes Air Heads.  I did a search as to where to find these, and found they were at our local Walgreen's.  I'm sure you can find a store near you too!  :) 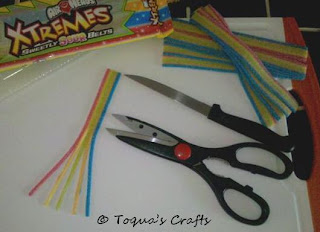 I first tried the knife to cut the stripes apart, but went with my handy dandy kitchen scissors.  *I ALWAYS wash them with dish soap and use a scrub brush and hot water prior to using the scissors on food and depending on how messy the food is, afterwards as well.* 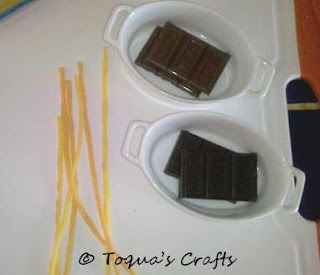 I happen to have these handy dandy little ceramic dishes.  I put 1/2 of the Hershey's Chocolate and the Special Dark bars in the two dishes. 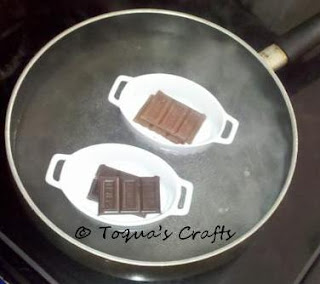 I put the dishes in the skillet of water, and proceeded to let it boil as to melt the chocolate.  Now, I am sure there are several of you thinking, "Why didn't she just use the microwave?"  Well, I wanted to have the hot water to stay around the dishes to keep the melted chocolate (aka: chocolate glue) warm. 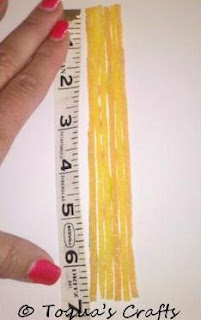 While the chocolate glue is melting I measured the strips... and decided that I would try 1 1/2" (then decided that 2" would be a better length). 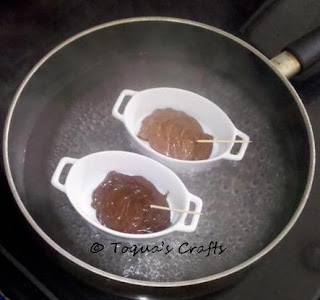 I took toothpicks and stirred the chocolate glue to make sure that it was melted.

I used the toothpicks to make a line of chocolate glue, laid the 2" piece of candy down, then I used the cake decorating rounds to put a "button" on the end of the tassel (obviously after putting a drop of 'glue' for the button). 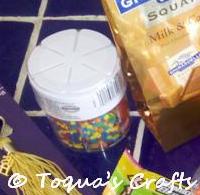 Even though I put the Reese's in the freezer there were still pieces of the chocolate came off.  So, I'm not sure it was a benefit for that purpose... however I do live in AZ, so it did make it easier to work with them without them melting while working with them. 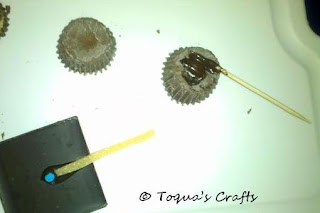 I tried to use the toothpick to put the chocolate glue onto the Reese's... but then decided... 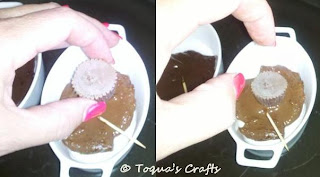 to drop it into the chocolate glue instead. 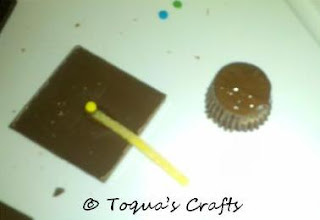 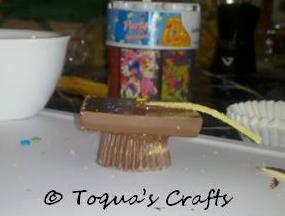 Here's the graduation cap before I curled the tassel down. 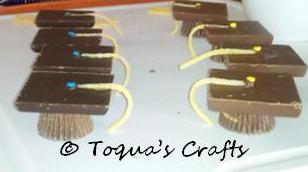 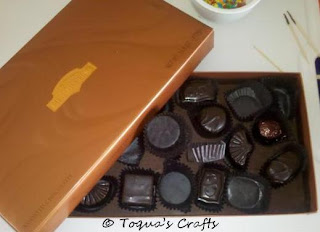 A couple of weeks ago when I was traveling and was at my mother-in-law's house she gave me this box of chocolates... YUMMM... !!  Ahem... back to the task at hand... 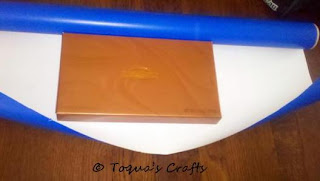 The colors of the college where my friend is graduating from are blue and black.  (Who chose those colors??) So... I am reusing the box and covering it in blue paper.  I used double stick tape to do this. 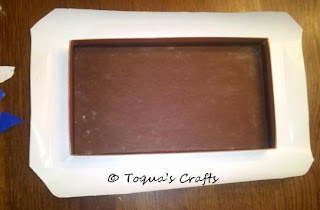 I put the double stick tape on the outside of the box then laid it on the wrong side of the paper.  I cut the corners off, and then proceeded to wrap the lid (and the bottom-each done separately) of the box as if I were wrapping a package. 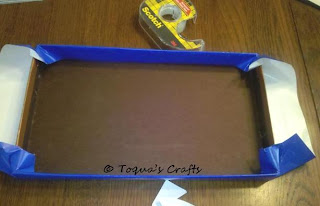 Using the double stick tape again to keep the paper in place. 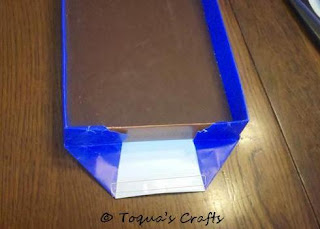 There's a piece of double stick tape on the end that will be wrapped over the end of the box. 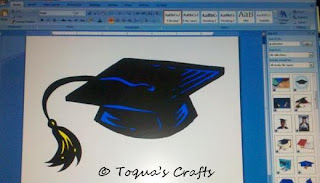 Now for the "bow" I went to my computer, opened Word, did a clip art search for Graduation, and found this cap. 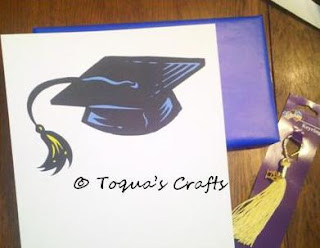 I double checked before I cut it out to make sure it would fit the box.  (It would be easier to reprint on the back side if it's still a full sheet of paper.)

Once I cut it out (and you will notice I cut off the tassel from the picture) I used a box knife to cut a slit in the top of the cap, I laid the key chain tassel I found at the dollar store to make sure the slit was big enough. Wha La... a cap with a 'real' tassel!
I put double stick tape on the back of the cap and put it on the top of the box. 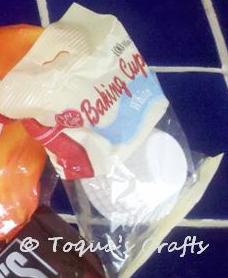 I used these miniature baking cups to put the graduation caps in so they'd have wrappers just like a real box of chocolates! 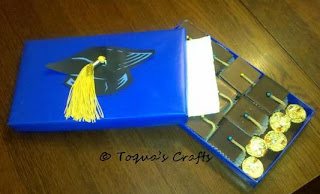 The box held 12 caps and had a little extra room.  I put in some extra Reese's so the caps wouldn't slide around a lot.  My husband had a box of lolly pops from Sees, I used some of the bubble wrap from that box to put on top of the graduation caps.


I was inspired by http://www.bakerella.com/candy-cup-caps/ for these.
There is also a similar post here; http://www.nofussfabulous.com/?p=5230